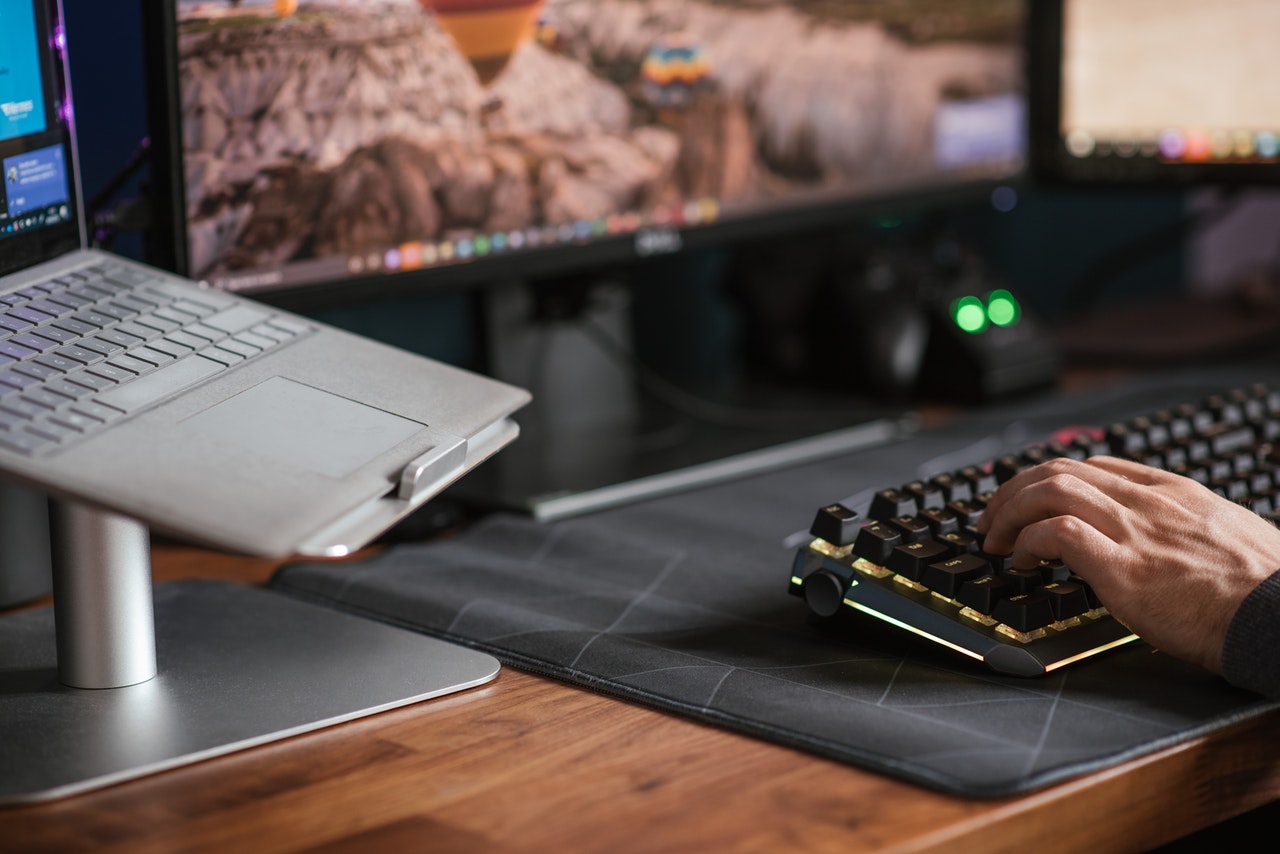 I’ve been a fan of laptops with backlit keyboards for as long as I can remember, and for a good reason. To say the least, they let you work and game in dark hours of the night when you shouldn’t be disturbing people around you. Not to mention they can be quite handy in the event of a sudden power outage at night and early morning hours.

The illumination, with a brightness level you can easily control with a combination of keys, is the selling point of these laptops. However, that isn’t the only feature I’d look for in a laptop myself. After all, it goes beyond just the illumination to additional specs and system performance.

In this guide, we’ll look at the cheapest laptops with backlit keyboards. In addition to the LED backlit keyboard, we’ll also look at additional features that make these affordable laptops stand out from the crowd. We’ll also provide a short buyer’s guide in the last section, intended to make it easy for you to find a machine that can give you the value for your money.

The Acer Aspire E 15’s black plastic appearance may not appeal to you nearly as much, but it’s an extremely pocket-friendly machine with a backlit keyboard.

At 4.9 lbs, it isn’t a lightweight model, and it’s not heavy either. The display real estate isn’t touch responsive, but at 15.6 inches, it’s big enough to give you a decent working environment with visual clarity.

Acer Aspire E 15 gets its performing power from an 8GB RAM and the Intel Core i5-8250U processor. It includes a 256GB storage, which is fairly enough for storing big data. And if you need extra storage to store additional files, you can take advantage of cheap storage options such as Google Cloud and Dropbox solutions.

The machine’s GPU features the NVidia GeForce MX150, which makes it a big deal for gaming. From testing, the machine can run some of the toughest and heavy games fairly fine. Not to mention it won’t heat up faster during a gaming session, although you shouldn’t rule out that possibility.

Speaking of connectivity, you get ample with the Acer Aspire E 15. These include a USB Type-C interface, an Ethernet jack, two USB 3.0 slots, a VGA port, an SD card reader, a DVD-RW driveway, a USB 2.0 port, and an HDMI connection.

The backlit keyboard has a decent travel area, which makes this laptop ideal for persons that do a lot of typing. The touchpad isn’t the most intuitive built, but at least it feels smooth and responsive most of the time.

I wouldn’t say battery life is good or bad. I feel like it’s fairly in between. To say the least, on a full charge, the battery can last up to 8 hours on normal use, but less on resource-intense activities such as gaming and video streaming.

Lenovo is a household name in the laptops market, and my experience with some of its model proves they’re up to some good. Their Yoga Ultrabook may not have taken the brand’s target by storm, but it’s no doubt a powerful laptop with a backlit keyboard.

For starter, the display is standard. At 14 inches, there’s just enough screen real estate to do most of the standard jobs. And in the age where content clarity matters, Lenovo hits the nail on the head on this one with a Full High Definition experience.

At 3 pounds, the Yoga Ultrabook feels a lot more lightweight than many laptops I’ve tested in the local store. And with a battery that promises a runtime of 10 hours on a single charge, at least you can go a day without worrying about charging the machine and do just fine.

This is a 2-in-1 model, which gives you a dual user experience that many similar machines simply don’t. Fold it into a tablet-like machine and use the touchscreen technology to navigate different items on the screen. Or you can use it as a standard laptop with the keyboard to complete a variety of tasks.

Lenovo Yoga Ultrabook 2-in-1 doesn’t disappoint when it comes to performance. For an average laptop, an 8GB RAM DDR4 isn’t bad at all. Combine this with the Intel Core i5-8250U processor and a 256GB storage, and what you get is a machine powerful enough to complete many tasks without heating up or slowing down.

If I were to compare the performance of this machine with another in the same price range, it’s definitely on the same level with Asus ZenBook and the MacBook Air.

Turning to the backlit keyboard, I’d say it’s quite standard and that’s expected given the small screen real estate. You shouldn’t care about the short 1.3mm traveling distance at all, as all that really matter is the great tactile feedback that you get as you type.

Asus has built a name for itself from day one. And it’s a great thing to see such a big company giving the target market a powerful laptop, the VivoBook 15, for cheap.

This is an Intel Core i3 laptop, with an 8GB RAM for fast and light performance even when running multiple tasks.

The 15-inch display gives you such a bigger screen real estate. So if you prefer large screens, this is the laptop to go for. The resolution isn’t that bad, too. In fact at 1080p, the content displayed on the screen is clear and crisp. And with the Intel UHD 620 graphics integrated, images render on the screen quite well.

To be clear, the Intel UHD 620 isn’t that bad for gaming, although it might struggle a bit with modern, powerful games such as Dishonored 2 and Witcher 3. If you are keen to evaluate the specs, you notice that this VivoBook has an 8GB RAM. Combined with the UHD 620 graphics, this laptop shouldn’t struggle to play modern games.

This one is 5.1 pounds heavy, a weight limit that makes it somewhat difficult to carry around. So if weight is an issue, and the laptop you intend to buy must have a backlit keyboard, you might want to consider an option like the Lenovo Yoga 2-in-1 laptop.

The cliché backlit keyboard of this laptop has a travel distance of 1.3mm, which is similar to what you get with the Lenovo Yoga. That means the typing experience is going to be the same.

As good as this laptop is, especially for light gaming and multitasking, I do think that the battery life could have been better. It can only run for up to 5 hours on a full charge, and even less than that if you’re constantly gaming. So keep this in mind if you choose to get this laptop.

Dell always has something special in store for those who’re thirsty for laptops built to perform, and their New XPS 13 is definitely a phenomenon pick. There’s a striking balance between design and performance, so to the outside is a breathtaking silver body and built-in are specs that give it the power to perform.

This machine features a Core i7 processor and a 32GB RAM. Combined, these two elements give the laptop a performing power that runs multiple tasks fast. Included is a 2TB SSD, which gives you enough storage space to keep as many files locally as you wish.

The backlit keyboard is small, and that’s expected given the size of the screen. The typing experience isn’t going to be that bad, but it won’t be the best for those used to bigger products.

While it doesn’t slow down when running many programs all at once, it tends to heat up quite a lot, and it doesn’t cool down fast. So if there’s one thing that Dell needs to revisit with this new model, then it’s to check on better cooling.

A laptop offer from Apple at a price under $1,500 is a good deal, especially because there are models that cost much higher. With the MacBook Pro, you’re getting more than just the backlit keyboard. Even the visuals are stunning thanks to the retina display combined with a true technology.

Looking at the specs, it hits you right away that Apple means serious business when they get down to building any laptop model.  With an M1 chip 8-core processor, a 1TB SSD, and a 32GB RAM, which machine packs the power to perform almost 3x faster than the previous models do.

You can even step up the storage up to 2 or 4TB if you want, which can be handy if you have many files to store – or simply prefer a lot of storage.

While I don’t have firsthand experience with this device, the reviews I’ve collected from friends and read online suggest that the backlit keyboard gives you an outstanding typing experience. The travel distance is fairly decent, so using the keyboard, especially if you type a lot, shouldn’t be that difficult.