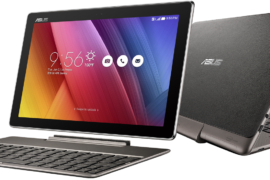 I’ve seen so many Asus tablets on display.

I’ve even had recommendations from friends who’ve told me that any Asus tablet can cut it for my needs.

So when it came to testing out a gizmo from this brand before buying, I was ready for the test drive.

I chose to look at the Asus Zenpad 10 Z300M, mostly because it’s affordable and I always prefer budget devices for testing. I have also tested Asus Vivobook F510UA in a past review.

In this review, I’ll tell you everything I know so far about this tablet, including its pros and cons. My goal is to help you determine, based on my experience, whether Asus Zenpad 10 Z300M is worth buying.

The Asus Zenpad 10 Z300M is by far the most budget friendly tablet I’ve seen. It’s not as powerful as the likes of Alienware, but it’s sure fit for general use.

The display is up to the standard, the processor gives quite well, and the RAM isn’t that bad either. Overall, if you’re looking for a general budget tablet, go with this.

Every time I unbox a tablet for testing, the first thing I tend to look at is the display. It’s one of the most important parts of a tablet after all.

And let me say this:

If you’re looking for a laptop tablet with a vibrant resolution for serious gaming, Asus Zenpad 10 is simply NOT for you. Look elsewhere.

Sure, the screen is bright, colorful, and attractive. But it only features an 800p resolution, which isn’t nearly as appealing to many of us.

With objects not appearing recessed far beyond the top layer of the screen, I’d say the image quality isn’t that bad. The viewing angle of this 10.1-inch tablet isn’t disappointing either.

I’ve been a fan of Android OS from day one. In fact, my first smart device ran on version 2.0. And it has only gotten better since 2001.

Asus Zenpad 10 runs on Android 6.0, the Marshmallow version that has left many people talking and praising Google for a job well done. Now, the API 30 is the most improved version of the OS, but I haven’t seen a tablet with it yet – or maybe I haven’t looked around enough.

As for the built-in memory, you get 2GB RAM, which is quite standard for a tablet. I have seen tablets and smartphones with 1GB RAM perform just well.  So I expect the Zenpad 10 to run multiple tasks simultaneously just fine for you.

When it comes to music, Asus Zenpad 10 doesn’t deliver the best sound, but it isn’t bad either. I wish there were more bass, highs, and lows from every music I played.

Hip-hop beats sounded rather good, but the sound system waned my expectation on house and pops. I felt like my ears were tearing apart from the cutting sound, but maybe that’s just me.

I will be using my wireless earbuds with this so that I can get the most out of every song I play.

As far as display is concerned, I’m totally fine with the quality. It’s an 800 pixels device after all.

And that means you can play content in HD. However, I wish the resolution were at 1080p. That way, I would be enjoying videos and games in full HD.

I ran some games just fine. Even at such a low resolution, all the games I tried out played out just fine. However, I did notice some frame variance in game titles. But I didn’t have eyestrains after that.

The built-in storage isn’t for me. I’m a heavy media user who just doesn’t think that 16GB is enough.

And yes, it may be more than enough for you. Or you may need an upgrade. So as to whether the 16GB storage is good or otherwise, that’s entirely subject to personal scrutiny.

I love that I have access to the entire Google Play Store with a simple tap of the highly responsive screen. It means something, doesn’t it? You can download and enjoy any free app in the store, from games and workout to social networking and education apps.

Asus Zenpad 10’s standard keyboard is sleek in design. But when it comes to performance, it feels like a big joke at its best.

I have no idea why anyone would be willing and able to stand even a bit of a typing lag. But then that’s what Asus gives us here, a keyboard that simply won’t perform smoothly in its entire use cycle.

It seems to be that it takes rather longer for the click sound effect to register on the keyboard presses. And this is something Asus as either not addressed or reluctant to.

But then again, I found a quick fix to this issue:

Asus simply made me scream “meh” with its camera.

You aren’t going to collect any special memory with a 2 and 5MP camera.

Let me put it this way:

Asus Zenpad 10 Z300M has a rear camera of 5MP and a front camera of 2MP. While this is okay for taking standard photos, it’s completely duff when you need cool, crisp, and clear photos that you can share on Instagram or Tinder.

If you’re going to use the camera, though, make sure there’s enough light at the background.