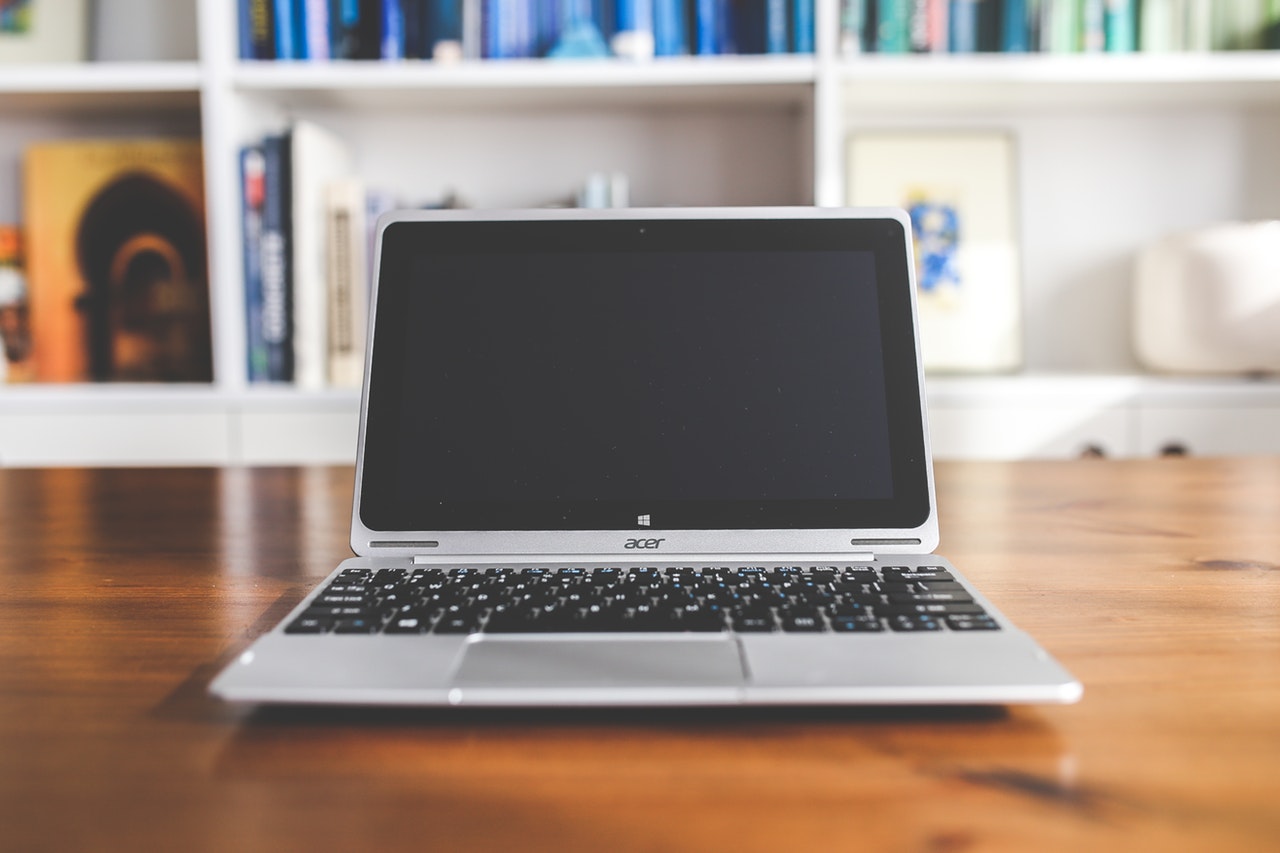 Laptops are relatively expensive. At least that’s what we’ve known ever since technology stepped up. You’d have to spend over $2,000 for a good laptop. And if I’m being honest, that’s not pocket change.

So what do you do if you’re on a budget and a laptop is a must-have? Simple, go for a good-performing laptop under $1,000. And in our case, Acer Aspire E15 is definitely a good choice.

At its best, Acer Aspire E15 comes fully equipped with the 7th generation Intel Core i5 processor, a 256-GB hard drive, and a powerful built-in battery that promises up to 11 hours runtime. Moreover, it features enough ports for external connections and a 1080P display for content clarity.

In my eyes, these specs fit a simple yet standard laptop, which is exactly what Acer Aspire E15 is. I find it rather huge, though. Plus, it’s a heavy machine, which may be a deal-breaker for some people.

Acer Aspire E15 is basic at its best from a performance standpoint. It’s good for listening to music, browsing the Internet, streaming YouTube videos, watching movies, and basic tasks. But with only 8 GB RAM, it’s not nearly as powerful for serious gaming.

Looking at the design, I can tell that the laptop is as solid as I would like a standard one to be. It features a plastic shell and crosshatched pattern on the black lid. Its HD display is 15.6 inches, which gives you a large view to interact with your content.

The E15 deck is pure metal. While this adds weight to the machine, it makes it quite strong. I also noticed that the base of the laptop has rubber grips, which, in my opinion, is a plus to the design. The lid, which is about 10.2 by 15 by 1.2 inches, opens smoothly, and I have not heard a creaking sound since I started using mine.

The weight of this laptop seriously makes me gnash my teeth. At 4.97 pounds, it’s such a heavy machine. If you’re looking for a mobile laptop, look elsewhere. Acer Aspire E15 will only disappoint you with its weight.

We’re in the 4K age already. But that doesn’t mean Full HD has lost its value yet. On Aspire E15, the 1080p is still a top resolution at its best. And it’s downright clear enough of gaming.

However, this 15-inch laptop doesn’t exactly have the brightest display, at least not as compared to the many laptops that I have tested before. The brightness only reaches 227 nits, which is probably the lowest I’ve seen. While it falls on the standard scale just right, it would have been great if it were above 300 nits.

My take on the keyboard is this:

It’s strong, and it features an intuitive build that’s up to the standard. I love that it’s backlit, so I can use it at night to type assignments or games with lights off. Again, the flex is minimal and the shallowness feels right. I like that it has a good travel area; a fast typist, like me, shouldn’t find it hard to use.

Well, it feels responsive. Since I started using this laptop, I have had smooth and accurate navigation with the touchpad 100% of the time. I do like to use a wireless mouse most of the time, though. And that’s to say that I haven’t been keen on testing the touchpad long-term. However, based on my experience, the touchpad is good enough.

I don’t know why Acer placed it rather close to the left end of the keyboard. I wish it were at the center.

Acer Aspire E15 features all the ports you need to get the most out of the machine. From what I’ve seen when examining the design of the machine, it looks like they’ve not left anything out as far as ports are concerned – or so I think.

If you look at the left side of the laptop, you’ll see a VGA port, two USB 3.0 connectors, an Ethernet cable port, and an HDMI port. A 3.5mm headphone jack, a USB 2.0 port, and a DVD drive are all on the right side. It also includes an SD card reader on the front.

One of the things that I love about this laptop is its battery life. Acer’s ad copy says you get 15 hours runtime on a single charge. I haven’t been able to test it for that long. But having used it for 5 hours straight to get tasks done, I noticed that the battery bar wasn’t even close to halfway down.

I doubt the battery will hit the 15-hour mark. But I’m confident that you don’t get less than 7 hours even with the Internet connection on.

Acer Aspire E15’s audio system isn’t as robust as I’d initially expected. But I’d say it’s not that bad either. The paper cone dual stereo True Harmony speakers still deliver a desirable sound level, although I wouldn’t personally depend on the system for great sound output.

The highs, lows, and bass levels of this laptop didn’t appeal to me nearly as much. So if I’m not connecting them to external speakers, then I want them off. But again, that’s just me. So test out the speakers yourself and determine if they’re good enough or otherwise.

I have only had Acer Aspire E15 for three months. And it has been nothing short of amazing. Powered by the latest Windows Operating System, this is one of the well-performing gizmos in the market at a very fair price.

The processor is on point. The 8GB RAM is enough for many tasks. Take internet browsing, for example. I can open up to 50 tabs on my Google Chrome browser and don’t notice a lag in performance.

I’m not pleased with the brightness level of this machine in power-saving mode. But I don’t think that’s a deal-breaker nonetheless.